We know crowdsourcing is a challenging undertaking...

We make sure it isn’t harder than it needs to be.

FromThePage is software for transcribing documents and collaborating on texts with others.

Our platform allows people to see an image of a page and to transcribe the text from that page.

We try to keep things as simple as possible, because frankly, transcribing text is hard enough.

The results are magical: discoveries about material; public awareness of historic reality, and better public access to records.

Why did we build FromThePage?

We've always had this vision that the public could contribute meaningfully to history.As family historians ourselves, we know that people with these interests have a wealth of dedication and energy they spend researching and discovering family stories. We thought it would be great if people would also channel that enthusiasm and effort into transcribing historical documents. So we built FromThePage, which helps crowdsource the work of transcribing and indexing texts, and provides really interesting historical projects for transcribers to dive into.

Who do we serve?

We serve two sets of people:  Transcribers and folks running projects like archivists, librarians, and historians.
When we’re successful, the transcribers experience meaningful, engaging volunteer work they can do from anywhere — even if they are homebound due to illness or caregiver responsibilities. For our project owners, we give them both engagement with a public they may never have reached before and great metadata for their materials to make them findable and searchable in a way that folks expect these days.

We make it as easy as possible to start a crowdsourcing project, import your texts, and produce crowdsourced data in a usable format.

But who are we?

FromThePage was created by us, Ben and Sara Brumfield. We’ve been able to open up archives to everyday folks who might not otherwise know how to access or learn about this rich history. Equally, we help archivists change how they work and collaborate with the public.

What has propelled us forward in the growth of the software is the tantalizing dream of each new project to come. We get so excited to have the excuse to indulge our interests in different aspects of the world and of history.

Although it is now a platform used by institutions around the globe, FromThePage originally started out as a family history project in 2005.

Now over 1,000,000 pages have been transcribed from universities, museums, and archives!

A few of the prominent institutions to use our software to engage the public and enhance their collections include: Harvard, Stanford, the Folger Shakespeare Library, the Victoria and Albert Museum, UK National Archives, the British Library, and the state archives of Alabama, North Carolina, and Maryland.

Want to join this impressive group of scholars in making your transcription, translation, and indexing more streamlined?

Get Your Personalized Demo

Trusted by institutions including:

I double majored in Computer Science and Women’s Studies from Rice University.  Weird combo, I know, but the CS degree along with 20+ years of industry experience gives me major technical chops (I hold 8 patents, too). The Women’s Studies degree?  Proof that I love the humanities, as much as I love technology. Plus, it taught me to think outside the box and not take the standard ways of looking at things for granted. Turns out that comes in handy when you’re building software and businesses!

As a software engineer, I have worked for IBM and a number of startups for over 2 decades. I’m an expert at working with IT folks specifically to solve problems with software. This has given me the following set of skills: to listen, to understand problems, and a desire to fix them.

Why do I love running FromThePage? Well, I grew up in a small business where we had relationships with our customers and knew our success rested on our reputation.  I love bringing the same meaning to my family that my parents brought to mine.

My introduction to this world was through a set of diaries kept by my great-great-grandmother. After her death, the diaries were distributed to all of her grandchildren. Around this time, Wikipedia was getting started. And I really loved the Wiki model of collaboration, where you have volunteers who can work on the same kinds of documents, at the same time, but on their own time, without somebody assigning them work directly.

Once I transcribed the diary in my possession and sent it out to family, diaries from other family members started showing up with notes saying “you’ll do more with this than I will.” Frankly, it was a lot easier to write software than to transcribe all the diaries on my own, thus I built the tool that we eventually released as open source.

I was able to tackle this project because I majored in Computer Science at Rice University and spent over 20 years working in IT. I also have a second major in historical linguistics. That's been very handy in dealing with texts and textual scholarship. That background has helped us support projects ranging from transcribing twentieth century American archival material to translating Classical Nahuatl from Aztec codices and even projects like transliterating folk tales in the Malay language written in the Jawi script.

I’m proud that what started as a project for my family history, is now well-respected software used by libraries, archives, museums, historians, and documentary editors to work on their own collections. 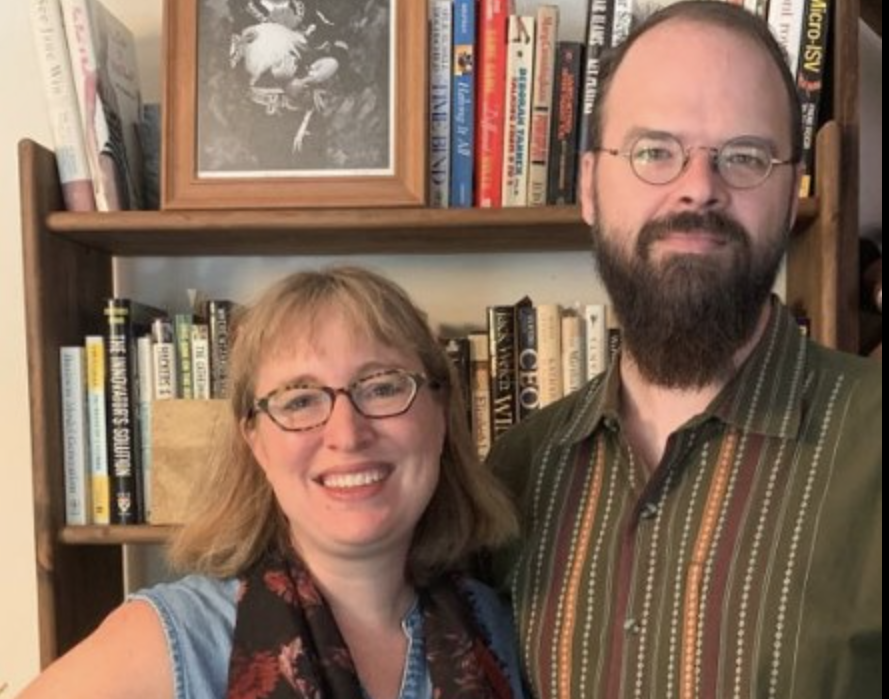 Don’t Over Complicate Your Crowdsourcing Project

Get Your Personalized Demo

If you want to hear more from us, we tell the whole story on An Archivists Tale Podcast.

On the podcast Conversations at the Washington Library we dive into how the library pivoted for staff to work from home during the covid shutdown. Collaborators used FromThePage to transcribe the voluminous correspondence of Harrison Dodge, Mount Vernon’s superintendent in the late 19th century.

Also, check out one of our favorite success stories. Using FromThePage the Alabama Department of Archives and History transcribed 111,000 WWI service cards in just 2.5 months!

Connect with us on Twitter at FromThePage, as well as Ben Brumfield and Sara Carlstead Brumfield. Or catch up with us on Facebook.